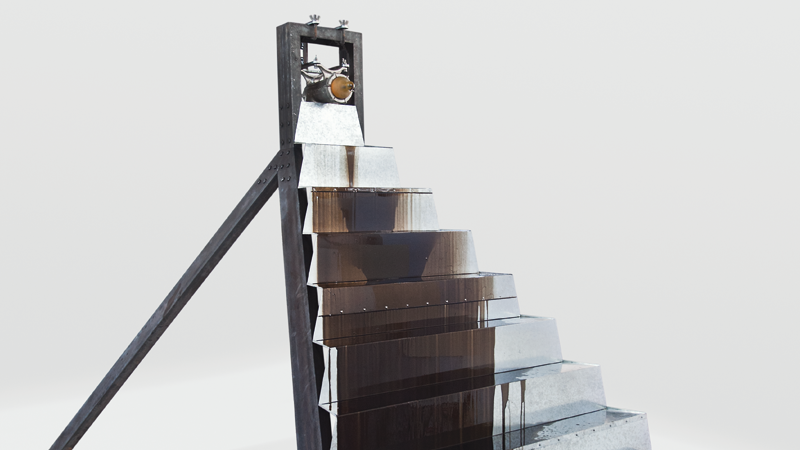 Mahmoud Bakhshi creates remarkably subversive work, commenting on the hypocrisy he sees around him. In Verdicts of Looking (2008), mannequins wearing the hijab have hollowed-out plastic eyes with explicit videos showing inside them, aimed at confronting the hypocritical modesty imposed on the public sphere. For Air Pollution of Iran (2004–2006), he framed Iranian flags stained by the capital city’s pollution of the atmosphere. For this year’s Venice Biennale he will parody the oil wealth of the region by creating a fountain of oil that flows down a stepped, tin-plate pyramid. Mahmoud’s work has been acquired by Tate Modern. Select exhibitions include Hard Copy, Art Gwangju, South Korea (2012), Bah Man, Galerie Thaddaeus Ropac, Paris (2011) and Iran: New Voices, Barbican Centre, London (2008). Awards and residencies include the Delfina Foundation (2010) and the Magic of Persia Contemporary Art Prize, which enabled him to have a solo show at the Saatchi Gallery in London in September 2010. Mahmoud Bakhshi lives and works in Tehran.